Victim Management And Reputation Risk For A CEO 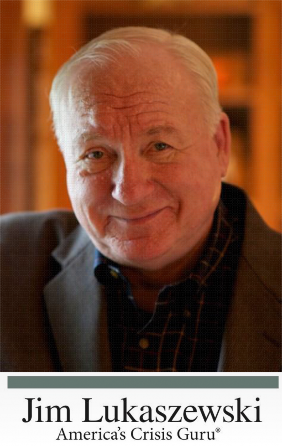 According to Jim Lukaszewski, “The most volatile component of all crisis response is victim management. Failure to promptly, humanely, and empathetically see that victims’ needs are also met will eclipse an organization’s response. Even a flawless response will be remembered for its angry survivors, relatives, public officials, sometimes competitors, but almost always the critics.

The three most crucial ingredients of crisis management are:

In addition to these three ingredients Jim Lukaszewski further explains that time, reputation and your job depends on your ability to respond in the face of a crisis. He emphasizes further that it is important:

From: the Abstract to “Managing the Victim Dimension of Large-Scale Disasters,” Leadership and Management in Engineering: October 2012; James E. Lukaszewski.

Jim Lukaszewski is the author of Lukaszewski on Crisis Communication: What Your CEO Needs to Know About Reputation Risk and Crisis Management.

You can read further about crisis management and communication as a CEO so you familiarize yourself with steps to succeed.